Share a memory
Obituary & Services
Tribute Wall
Read more about the life story of Edward and share your memory.

Edward Carl Shaffer went to his Eternal Peace with the Heavenly Father on January 20, 2023. He was born in Portage, PA to Harry & Dorothy (Keith) Shaffer. He graduated from Central Cambria High School in Ebensburg, PA in 1960. Following graduation Edward served in the United States Air Force from 1961 to 1965. Upon returning from service, he was employed by L. Robert Kimball Engineering in Ebensburg, PA for a short time. He then decided to join the Pennsylvania State Police. He was a proud Pennsylvania State Trooper for 26 years before retiring in 1992. After retiring from the PA State Police, he served as a Deputy Game Warden for the PA Game Commission for 10 years. In his youth Edward served as a coach for Little League Baseball and was a member of several bowling leagues. He also enjoyed playing golf, but his real passion was hunting and fishing. He loved the outdoors and appreciated GOD’s natural beauty. He made many trips to Wyoming and Montana for hunting and fishing. He always said nothing was better than being out in the woods. On May 20th, 1983, Edward married the love of his life, Carol Lee Redfield, in Rocky Grove, PA. Together they loved taking trips with their family and especially loved their 5 grandchildren and 10 great grandchildren. Edward is survived by four children: Son, Edward Lee Shaffer of Warren, PA; daughter Barbara Lynn Minor & husband William of Portage, PA.; daughter Lori Bergquist-Spring & husband Chris of Warren, PA; and daughter Susan Peterson & husband Richard of Warren, PA. Grandchildren: Thea Elizabeth Kearney, Samuel Edwards, Jack Bergquist, Jenna Kline and Michael Minor. Great grandchildren: Brynn, Declan, Liam, Lilliana, Benjamin, Luke, Teigen, Jaxson, Edwynn and Levi. Many nieces and nephews; Sister-in-law Judy Shaffer; Brother, David Shaffer of Montana; sister Carol Sherry of PA and Donna Deetscreek of PA. Edward was preceded in death by his parents, a daughter, Kelly Redfield, and a brother Harv Shaffer. There will be a private ceremony at the convenience of the family. A celebration of Ed’s life will be held this summer for the public or anyone who would like to share a fond memory. In lieu of flowers, please make donations to either St. Jude’s Cancer center or The Rock Church in Lakewood, NY. Online condolences may be made by visiting www.petersonblickfuneralhome.com

To send flowers to the family or plant a tree in memory of Edward Carl Shaffer, please visit our floral store. 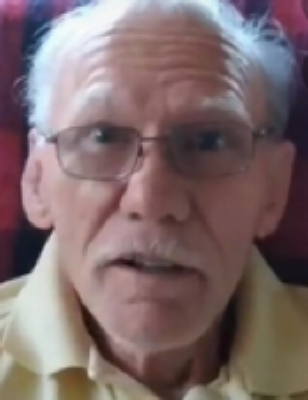 You can still show your support by sending flowers directly to the family, or by planting a memorial tree in the memory of Edward Carl Shaffer
SHARE OBITUARY
© 2023 Peterson-Blick Funeral Home, Inc.. All Rights Reserved. Funeral Home website by CFS & TA | Terms of Use | Privacy Policy | Accessibility