Share a memory
Obituary & Services
Tribute Wall
Read more about the life story of Chloe and share your memory.

Chloe Alene Neiswonger, 93, of Pleasant Twp, Warren, PA, passed away on Saturday, January 14, 2023, at her residence surrounded by her loving family. Chloe was born July 7, 1929, in Sligo, PA, the daughter of the late Theodore and Goldie Wilson. Chloe was a longtime resident of Warren, and worked a few years at the New Process Company. She then devoted herself fulltime to being a wife and mother to her family. Chloe will forever be remembered as a loving wife, mother, grandmother, and friend to many. She is survived by four children, Judy Spencer and husband Jeffrey of Warren, PA, Kenneth Neiswonger and wife Linda of Warren, PA, Richard Neiswonger and wife Ronda of Corry, PA, and Brenda Walters and husband Jeffrey of Warren, PA; a brother, Ronald Wilson of Parker, PA; nine grandchildren, Bud Retterer, Scott Neiswonger, Kevin Neiswonger, Marc Neiswonger, Amanda McElhaney, Eric Neiswonger, Ashley Temple, Bradley Walters, and Rachel Walters; fifteen great- grandchildren and several nieces and nephews. In addition to her parents, Chloe was preceded in death on March 1, 2022 by her husband, James L. Neiswonger, whom she married on July 12, 1947; two sisters, Evelyn Lemmon and Myra Babcock; and two brothers, Zeke Wilson and Boyd Wilson. Services for Chloe will be private and at the convenience of the family. In lieu of flowers the family suggest memorial donations be made to St. Jude Children’s Hospital, 262 Danny Thomas Place Memphis, TN 38105 or to Hospice of Warren County, One Main Ave., Warren, PA 16365 Those wishing to make online condolences may do so by visiting www.petersonblickfuneralhome.com

To send flowers to the family or plant a tree in memory of Chloe Alene Neiswonger, please visit our floral store. 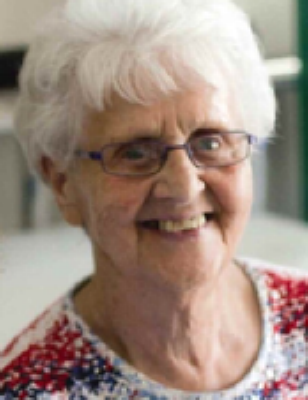 You can still show your support by sending flowers directly to the family, or by planting a memorial tree in the memory of Chloe Alene Neiswonger
SHARE OBITUARY
© 2023 Peterson-Blick Funeral Home, Inc.. All Rights Reserved. Funeral Home website by CFS & TA | Terms of Use | Privacy Policy | Accessibility